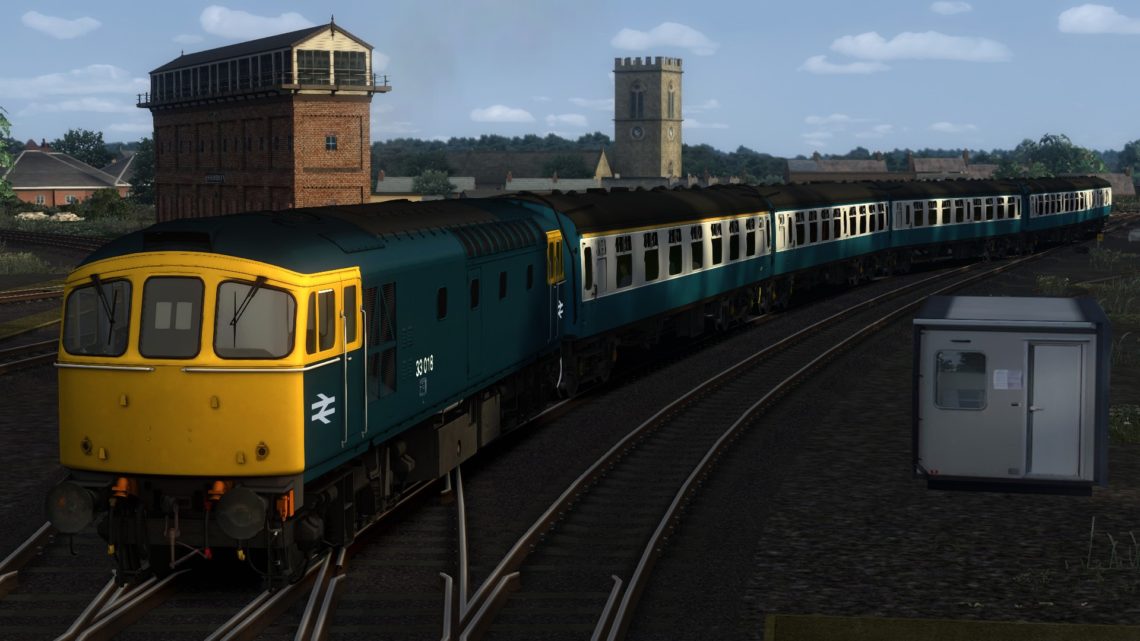 In the summer of 1981, the Crewe – Cardiff passenger services transitioned from Class 25 to southern based Class 33’s and earlier in the year 33024 & 33112 had been loaned to Cardiff and 33031 to Crewe for crew training. They spent another five years working over the Welsh Marches line on diagrams to Holyhead and Manchester Piccadilly even though their allocated home sheds were Eastleigh or Stewarts Lane on the southern region.

Note – when the scenario starts and your given the option to press EDIT or EXIT, you can press F2 to continue playing the scenario despite missing DLC’s