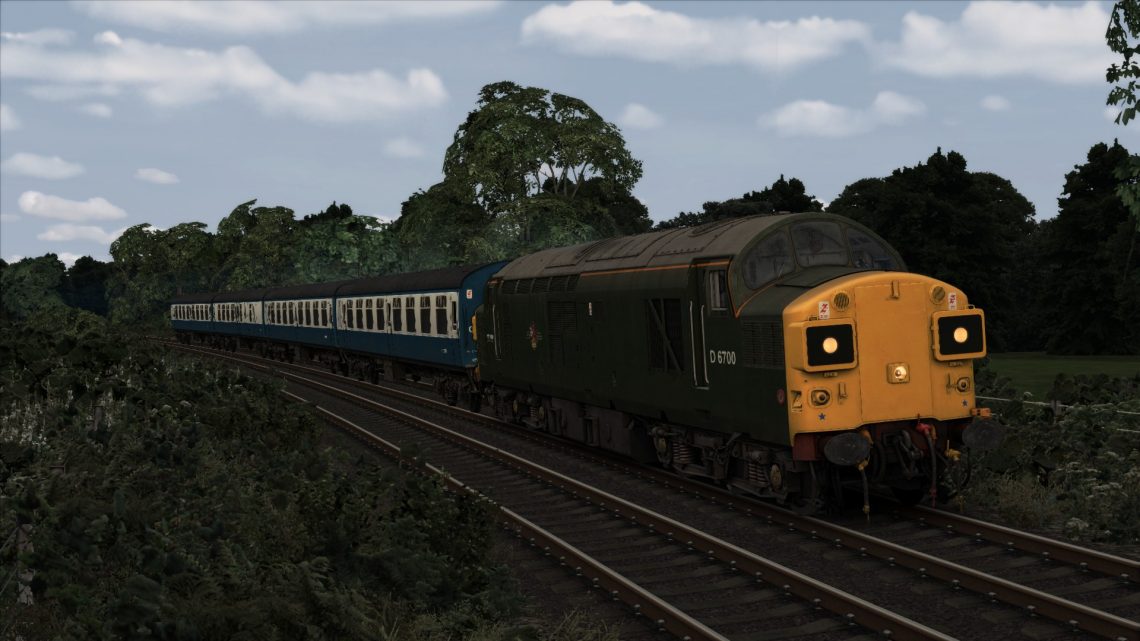 Hi, and thank you for downloading this 55 minute scenario for the unbranded version of the Welsh Marches route by Bossman Games.

To install, simply copy the enclosed ‘Content’ folder to your Railworks folder. This is a ‘Standard’ scenario and is named “[MJC] 1M06 0507 Cardiff Central – Liverpool Lime Street”

Summary
The withdrawal from service of the class 155 fleet in late 1988 due to door issues saw a return to loco-hauled services on the North and West route. Drive an early morning northbound service between Newport and Hereford. An empty HST from Canton to Hereford is just departing late awaiting a member of the catering crew. It forms a priority service to London so has been allowed to run ahead of your train. Once underway you will call at Cwmbran, Pontypool, Abergavenny, and Hereford where you will be relieved. Maximum speed is 80mph. 37350 was the first of the class to be built, as D6700. The TOPS computer system could not handle a loco numbered 37000, so it became 37119 taking the place of D6819 which had been lost very early in its career following a collision at Bridgend. Although 309 locos were built, only a maximum 308 were ever on the books at one time. Now running on re-geared CP7 bogies similar to the refurbished members of the class, the loco now carries the number 37350 and is something of a ‘pet’ at Cardiff Canton, its current depot where it is officially allocated to the petroleum sector. It was a regular performer on these services, alongside the ‘Canton 6’, 37426 – 37431.

Optional Requirements
The following are NOT required to ensure that the scenario functions correctly, however they will add to the immersion.