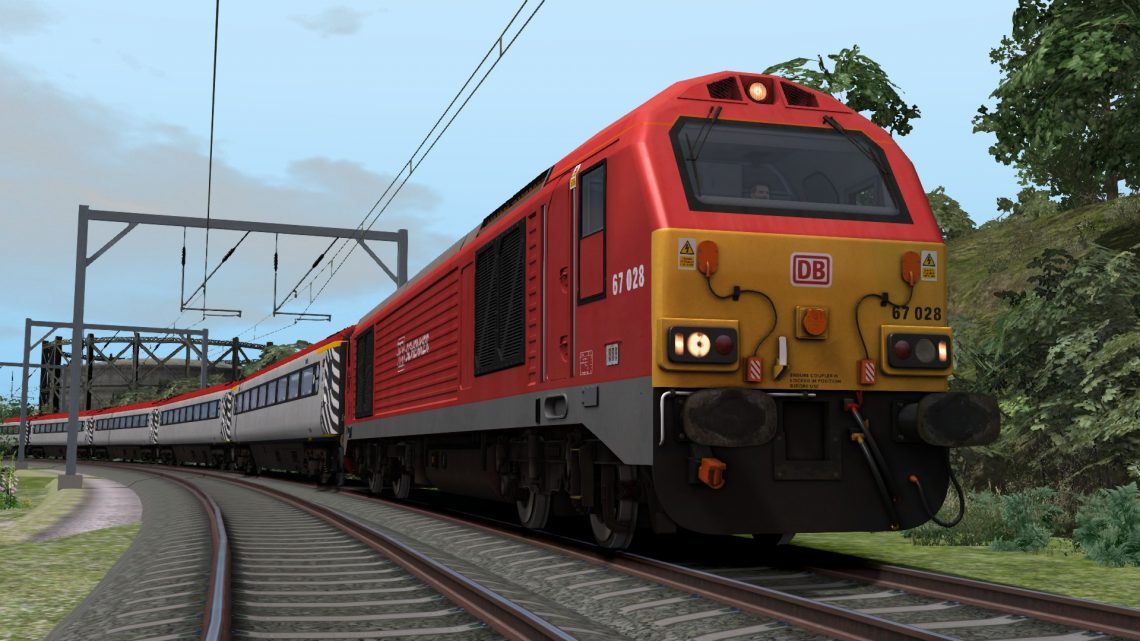 Description: In 2014, the Tour De France started in Leeds and included a stage between Leeds and Harrogate, as well as Hebden Bridge. As a result of the increased demand of customers, Northern hired in a DB Cargo train formed of two DB 67’s, the Pretendolino coaches and their own DVT (which is omitted due to issues in the scenario). You take charge of the empty stock run just outside Leeds and are tasked with working the train into the station, to then run down to Harrogate and back.

*Please Note: My Scenarios are intended to be as realistic as possible, within the constraints of the Train Sim 2020 game. Unfortunately this means that sometimes the scenario will not register stops correctly and give you a ‘Scenario Incomplete’ at the end as a consequence. There is nothing I can do about this, be assured that my scenarios are extensively tested. The aim is to create a realistic scenario for you to enjoy, not to create a scenario you can pass easily/at all*