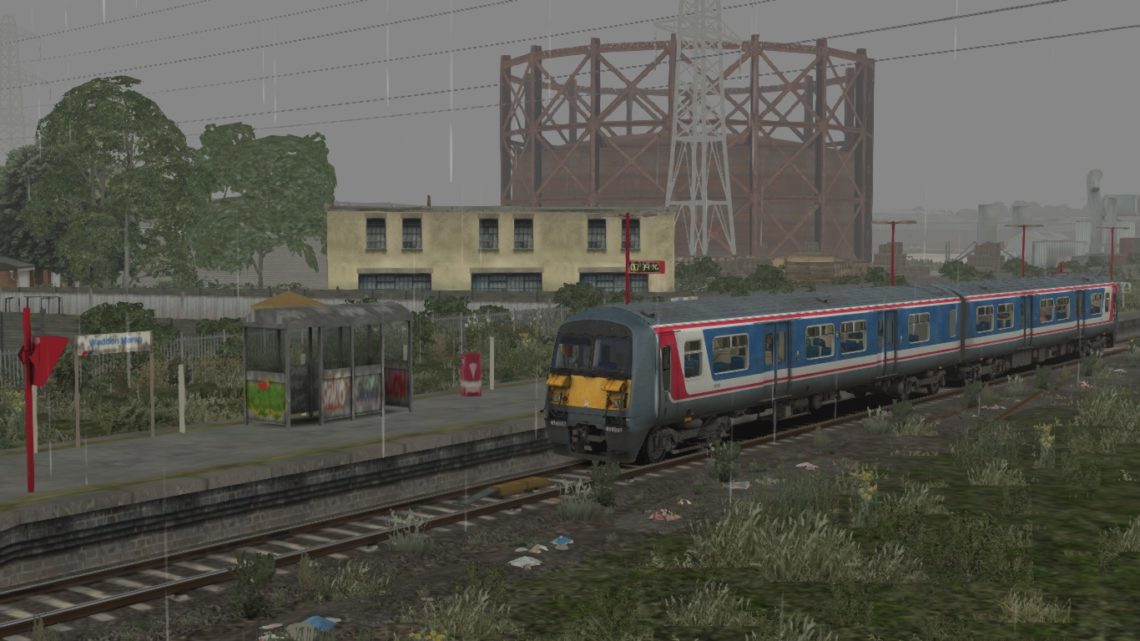 The Morning Commute to West Croydon

1st July 2019 Off By The Trainspotter from Tauranga

Firstly I would like to say a massive thank you to Alan himself for featuring this scenario in one of his YouTube videos.

This morning you will drive a Class 456 on a stopping service from Wimbledon to West Croydon, calling at the following stations on the way:
Merton Park
Morden Road
Mitcham
Mitcham Junction
Beddington Lane
Waddon Marsh
West Croydon

I’ve noticed that the grey and miserable weather seems to fit in well with the run-down nature of this line.

This is a ‘standard’ scenario and appears in the scenario listing as ‘The Morning Commute’.

And I think that’s pretty much everything. Good luck and happy driving ?