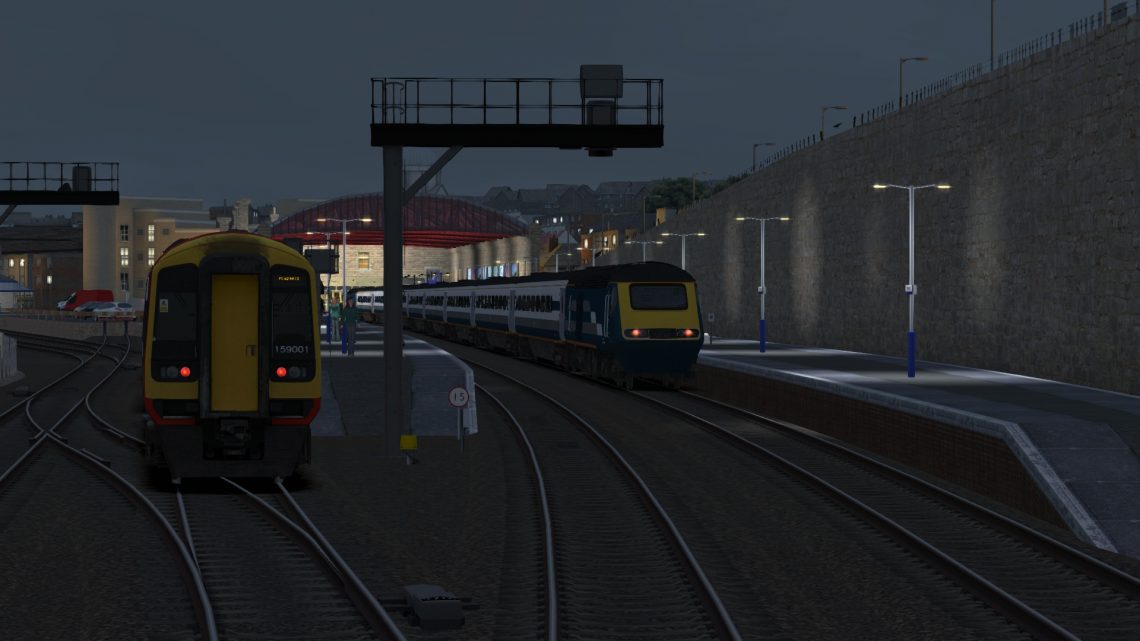 Thank You for downloading this mini pack that simulates the services South West Trains ran to Penzance From London Waterloo going down on a Saturday afternoon and returning on the Sunday afternoon using Class 158/159 DMUs. This service provided a direct link to Sailsbury and Basingstoke from the West Country. The service cased in 2009.

Having spent the afternoon in Penzance you are driving the return leg of the service to London Waterloo. You will call at all stations to Newton Abbot, then fast to Exeter St Davids. You will then hand over to the South West Trains crew to take the service to London. Your traction is a Class 158 DMU with 2 Carriages. Based 23rd April 2009

I have tried my best to recreat these services as accuratly as possible however as I was only 10 when this happened, if I have got anything wrong then please let me know and I will fix it. I did do extensive research to create these scenarios however I could always have missed something

As ever all scenarios have been fully tested however if you find any issue with the scenarios then please let me know. All constructive feedback is welcome

Loves to create releastic scenarios for Train Simulator 2019 based on real timetables. Works on scenarios during free time. If you have any feedback on my scenarios then please get in touch and thank you for viewing my work