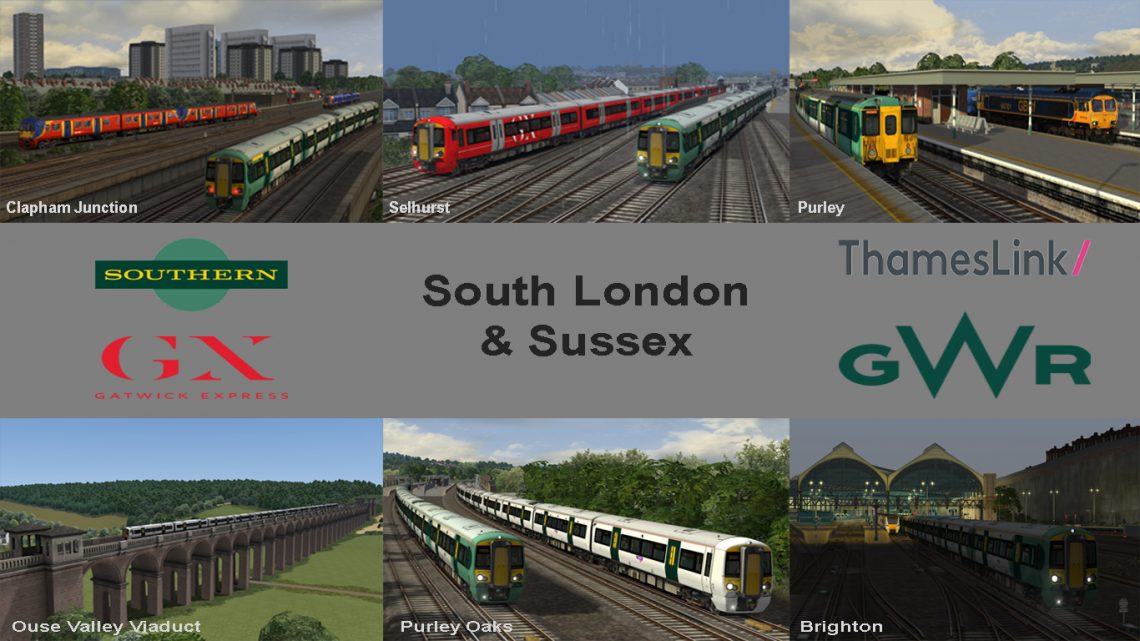 22nd August 2020 0 By The Trainspotter from Tauranga

Here’s the result of me trying to challenge myself; a pack of 10 scenarios for the South London to Brighton route. They are all ‘standard’ scenarios, and they are all themed around passenger services out of London Victoria and the Brighton Mainline. Originally I was just going to focus on Southern trains, but in the end I decided to feature Gatwick Express, Great Western Railway and Thameslink as well. The GWR services in this part of England are on the Gatwick Airport to Reading route, otherwise known as the North Downs Line.

(It’s not essential that you play the scenarios in this exact order).

The trains you get to drive throughout these scenarios are as follows:

*When arriving at East Croydon in the 1D46 scenario, you may need to press TAB to proceed through a signal that’s stuck on red. I had this issue when testing the scenario but I don’t know if it’ll happen to anyone else. Regardless, I though this issue was worth mentioning*.

**I’m aware that someone else has already made a 2K93 scenario for this website. I still included my version in this pack because I didn’t want all my time and effort to go to waste**.

In order to acheive a realistic driving environment, the list of DLC and 3rd party requirements for this pack is very long:

(I do not currently have Armstrong Powerhouse’s 375/377 enhancement pack at the time of uploading. This is because I feel the pack is too expensive at its normal price).

**Unfortunately the SWR branding packs for the 455 and 456 appear to have been discontinued**.

Anyway, now that I’ve reached the end, I should probably say thank you for downloading and I hope you enjoy these 10 scenarios.