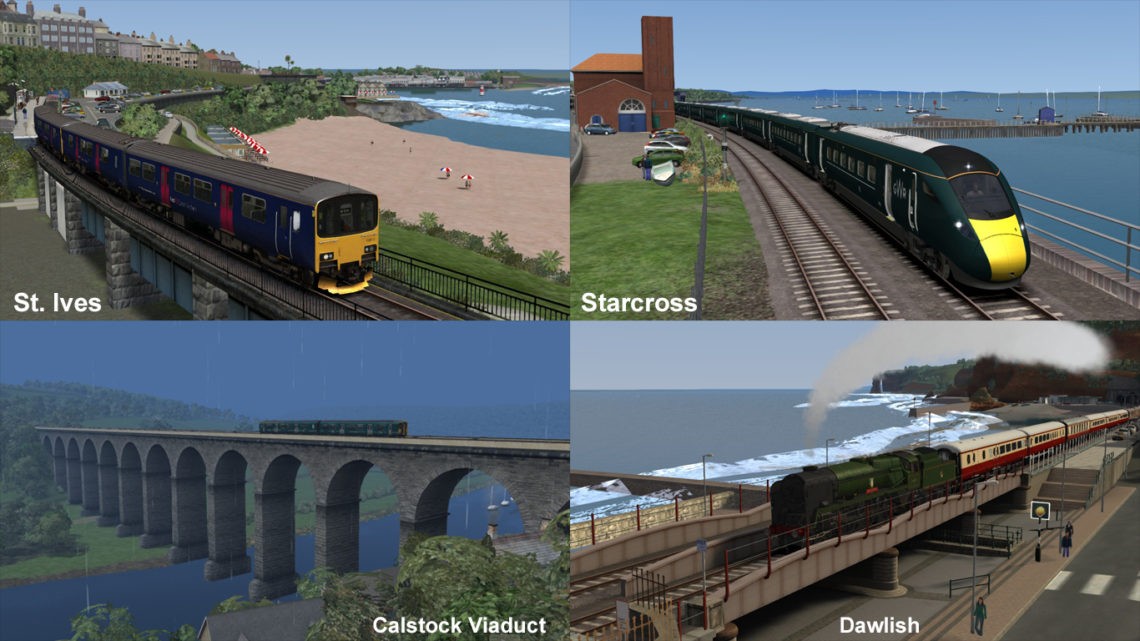 Railways of Devon and Cornwall Scenario Pack 2a

28th June 2019 Off By The Trainspotter from Tauranga

This project is probably the largest I have ever attempted in Train Simulator. It is a pack of a staggering 16 scenarios for version 8 of the Railways of Devon and Cornwall route, which is available here on Alan Thomson Sim. I will – hopefully – make another (albeit smaller) scenario pack for this route again, once version 9 is released.

The scenarios in this pack focus on some of the more unique workings over parts of the route that currently have scenery, and all scenarios are set in the summer of 2019. This is the era where Class 800’s and 802’s are the sole motive power on Intercity services, and HST power cars are only used with 4-car sets to form local services between Exeter and Penzance. Two types of DMU have recently disappeared from the GWR system, the Class 150/1 and 153. Despite this, I have included a few scenarios that use these units just for the sake of variety.

Examples of journeys you can take in this pack include the Tamar Valley Line, an Okehampton to Exeter service, the Moorswater cement train, an ECS move in the Penzance area, the Night Riviera, and even a trainspotting scenario at Par station.

The requirements and scenario listing is detailed in the including ‘readme’ file, as is the installation. Just a quick word of warning – in order to achieve a high level of realism, the amount of content required is very high.