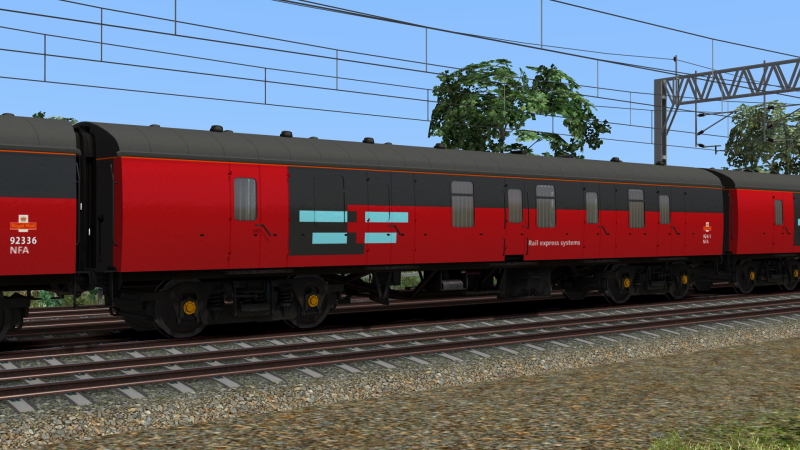 MK1 Brake Gangwayed (BG) coaches were constructed between 1951 and 1963 by several manufacturers.
The vehicles were used on loco-hauled trains on the British Rail network.

The Mk1 BG coaches were one of the types of vehicles that have been used on postal and parcel trains.
Some vehicles were modified for such work during the 1980s, which included new B4 bogies, window bars
added and were renumbered in the 92000 series. The vehicles were reclassified as NFAs.

This MK1 BG coach is represented in Rail Express Systems livery as an ‘all-new’ reskin,
which was used on postal and parcel trains from around 1994 until 2004.

This reskin requires the EWS Class 67 Loco Add-On from Steam, available from:
https://store.steampowered.com/app/208369