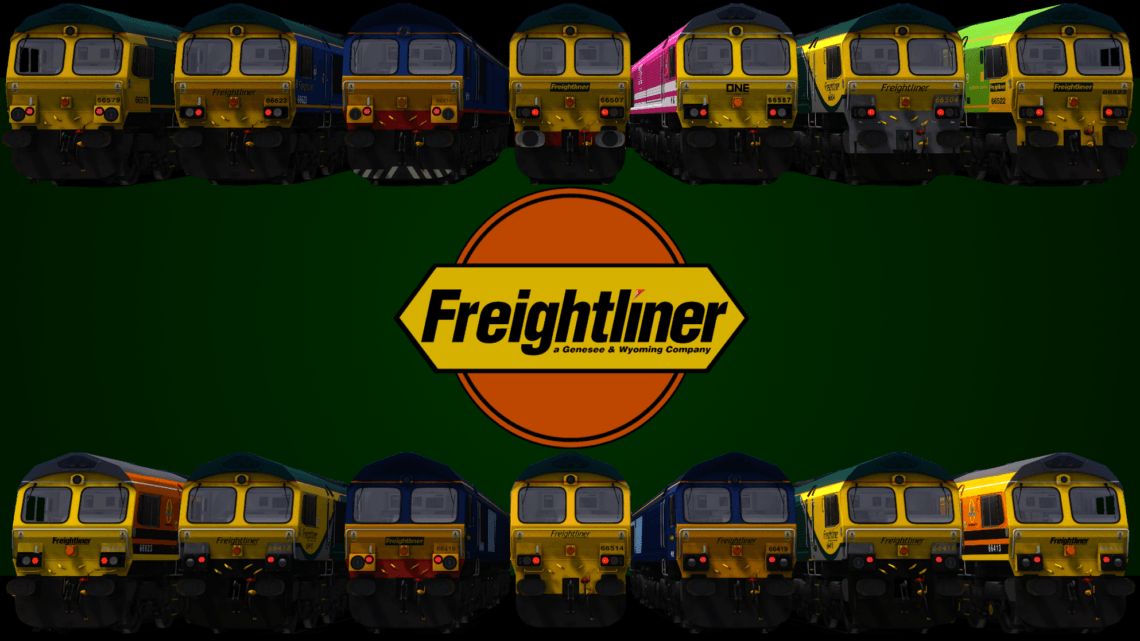 This is a reskin pack for the AP Enhanced Class 66 containing over 110 variations of the liveries carried by Freightliner’s Class 66 fleet since 1999. From the familiar dark green to the new bright orange with all one-off and short-lived variations in between, this pack has it all.
A multitude of custom decals have been created to enhance the level of detail and variety. Light engine PreLoads are also included.
Originally intended to be v1.4, the v2.0 update features a near-complete overhaul of the entire pack. All variants have been modified in one way or another with a large number of items being improved or replaced over the old version. 25 more variants have also been added. Finally and most importantly, the *mighty* Powerhaul V2 66 model has been utilised rather than the EWS V2 66 as this has a more realistic cab without mirrors or extra coupling equipment.

Instructions
– A Readme is included with more info and instructions, please read it carefully!

Note: This pack has not been tested with the ATS installer.