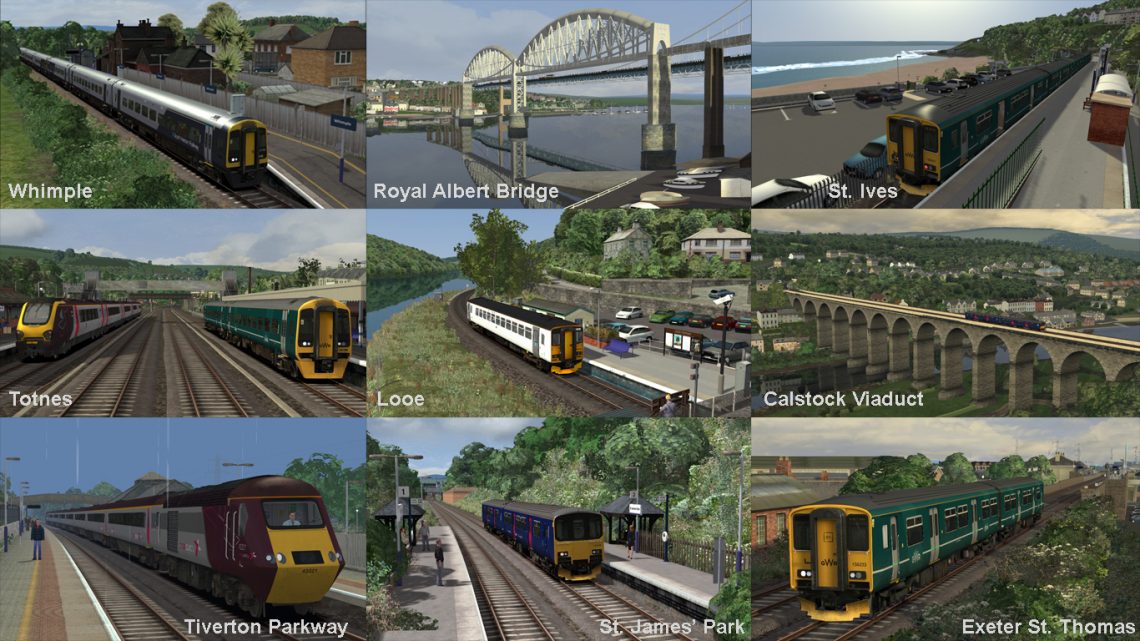 Devon and Cornwall Scenario Pack (No. 3)

10th July 2020 1 By The Trainspotter from Tauranga

This is a pack of 19 scenarios for Version 10 of the Railways of Devon and Cornwall route. They focus mainly
on Great Western Railway services, with a few Cross Country and South Western Railway services thrown
into make the pack a little bit more interesting. The scenarios all use the timetable from mid-2020, and cover almost every part of the route that currently has scenery.

The pack is set in the present day, in an era where HST’s only run either on Cross Country or those odd 4-car ‘Castle’ sets with Great Western. Class 800’s and 802’s are now the sole motive power on Intercity services, and GWR Class 158’s have become a more common sight round this part of England as a result of Class 165/166 units being cascaded down to the Cardiff to Portsmouth and Bristol area services.

Unfortunately the Okehampton services that were meant to run in 2020 have all been cancelled. As such, none of the scenarios in this pack involve a run to Okehampton. But regardless, there’s enough here to keep fans of this route entertained. At least, I think that’s the case.

As a bonus, I’ve also included a scenario for the South Devon Railway (a route from Steams Sounds Supreme).

Thank you for your interest in this pack, and I hope you enjoy this (somewhat large) bunch of scenarios!

Unfortunately this scenario pack requires a very large amount of DLC, but I felt this was neccessary in order to achieve a realistic driving environment: