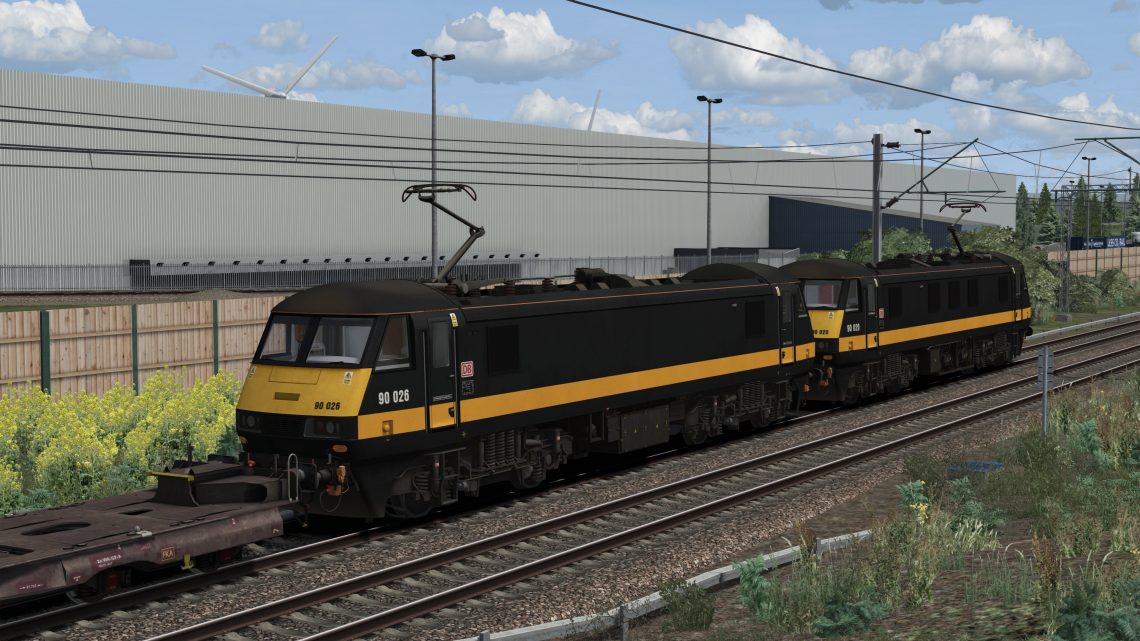 Grand Central, such a lovely livery, I even liked the alternate version Sam Jessup Design illustrated. The classic black with orange stri.. yellow? Yellow for the West Coast to differentiate? Makes sense I suppose, when you arrive at Big London Station you know orangE for East and yelloW for West. But I thought they went from separate stations, and never crossed paths… yeah, they did. They went back to orange? Oh right.
So um, where was I, black and orange. Seen plying their trade hauling Mk4 coaches between, hang on is that third class?? Looks like an FKA wagon to me, blimey did the coaches not get done? They’re on freight?? Deary me, shame that proposal didn’t make it to service, would have been nice to see. At least the coaches aren’t going to waste, TfW having lapped them up. They do look cool.
TL;DR? DB Dark Mode.

What’s new in Version 2.0?
– Everything, and I mean eeeeeverything, has been redone.

Credits
– Clowes – Created many lovely vectors for many lovely things, did some scripting bits, tested everything, probably something else I’ve forgotten (we’ve spent months doing 90 stuff, it’s hard to remember it all!)