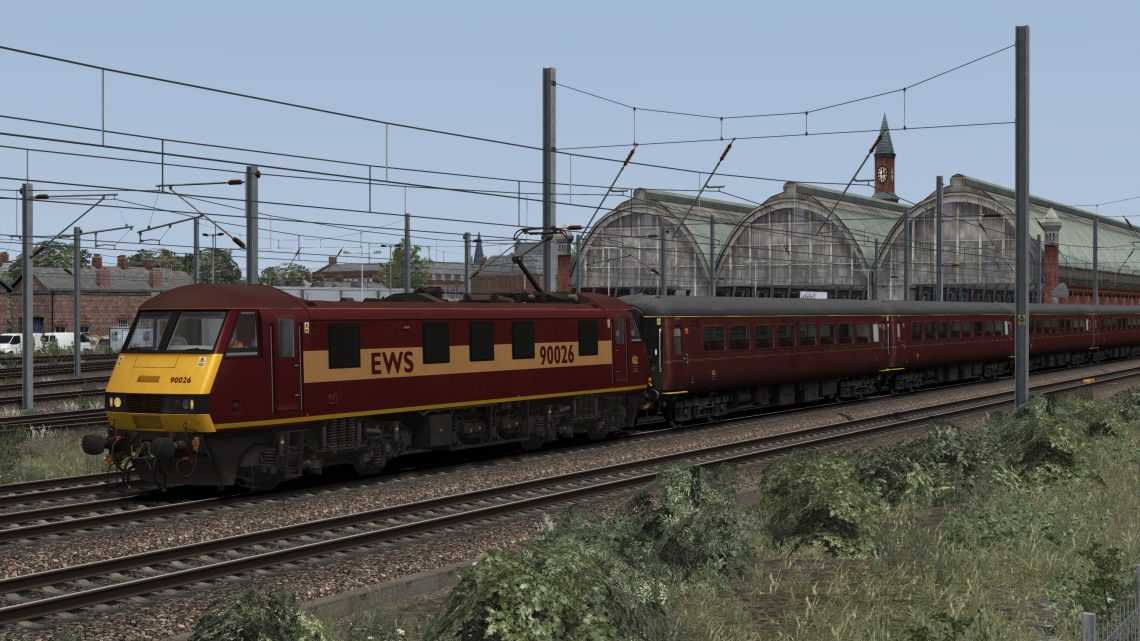 English, Welsh and Scottish Railway formed sometime between 1900 and 2000, guess it was the 1990s because the Class 90s didn’t start off in EW&S livery. In fact, why did they not get branded EW&S? Loads of 37s, 56s, 58s and 60s did. Even the bloomin’ 73s did! Still, at least they got the original Three Beasties logo. Well, one of them did, for a few years. The others got the revised logo (makes sense, right? fleet uniformity, have one different). Imagine if they had any locos the same across the class though (just a heads up, they didn’t). So of course, we had to replicate that, as will be well detailed further down. We’ve tried to keep these as condensed as we can whilst ensuring a scarily high level of accuracy, ensuring no two you put down will actually look the same (unless, of course, you number them exactly the same, you monster).
We got the old ones, we got the new ones, we got the faded number ones (seriously EWS must have used terrible vinyls for the 90s, seems only them had mostly white logos and numbers by the end). Headache, all of them, I’m not even that good at doing the fades, but they’re fairly accurate. Think all the serviceable locos aren’t in EWS livery anymore. Crewe IEMD must think it’s permanently December the amount of Christmas trees they have.

Credits
– Clowes – Loads of lovely stuff. Drawing the nameplates, the BREL plate, the Beasties, the other Beasties, THE FADES, (how he’s done those I have no idea, absolute wizardry). Added some bits to the script and the manual and then tested it all too.
– Jake Fuller – Drawhook models