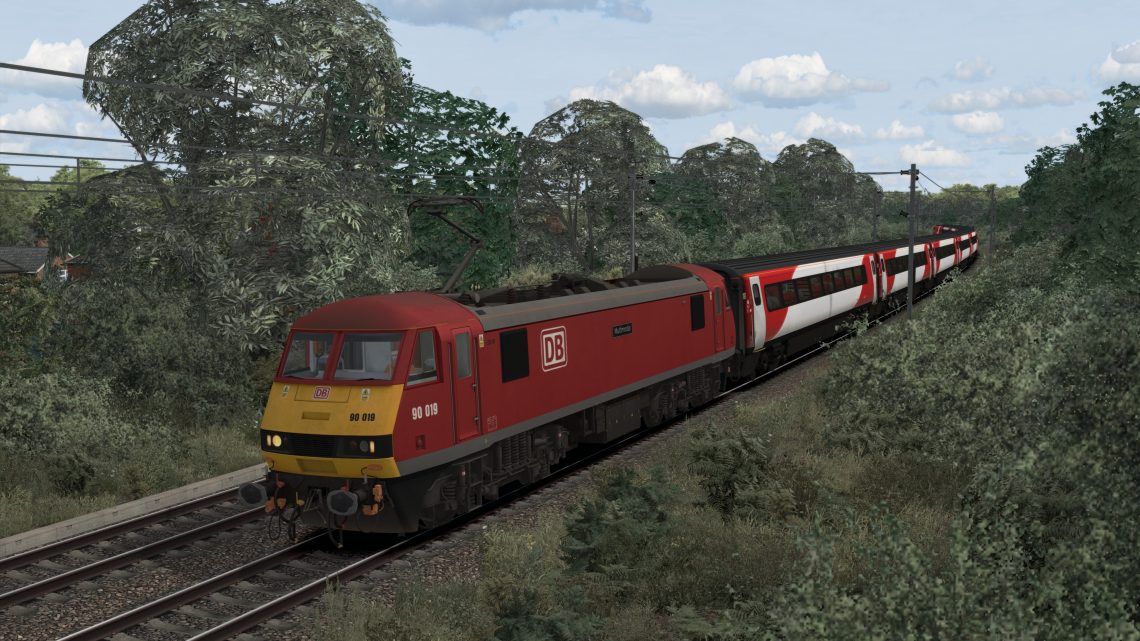 DB Schenker. I mean DB Cargo UK. Big DB logo, small DB logo, can’t decide if I should put a DB logo. RED. Big red livery like Postman Pat but without the black and white cat. Or the van, or the yellow stripes. First one to enter the livery was 029. They’ve done some nice livery variations, excluding 018’s horrible all white cab steps, yucky. That one is sat rotting in Crewe IEMD. 037 though, Glidey McGliderface. That’s covered, as are some other bits down below.
Captain Spine is here, says something on the side like “I am the financial spine” and there’s what I can only imagine is a T-Rex on the side. I jest, but whatever spine it’s based on, they were clearly a lot larger than a Class 90. It’s also got a nameplate that totally doesn’t fit the rest of it, so I’ve coined it, Captain Spine. Be like going to a museum and having a plaque under a fossil saying “Accountants :)”

Credits
– Clowes – A looooot of stuff, too much to list here. Basically, a lot of lovely stuff you can see, some stuff you can’t and some other boring stuff such as testing and manual bits. I must stress that Backbone would not have been possible at all without his wizardry. There’s probably something I’ve forgotten as well.