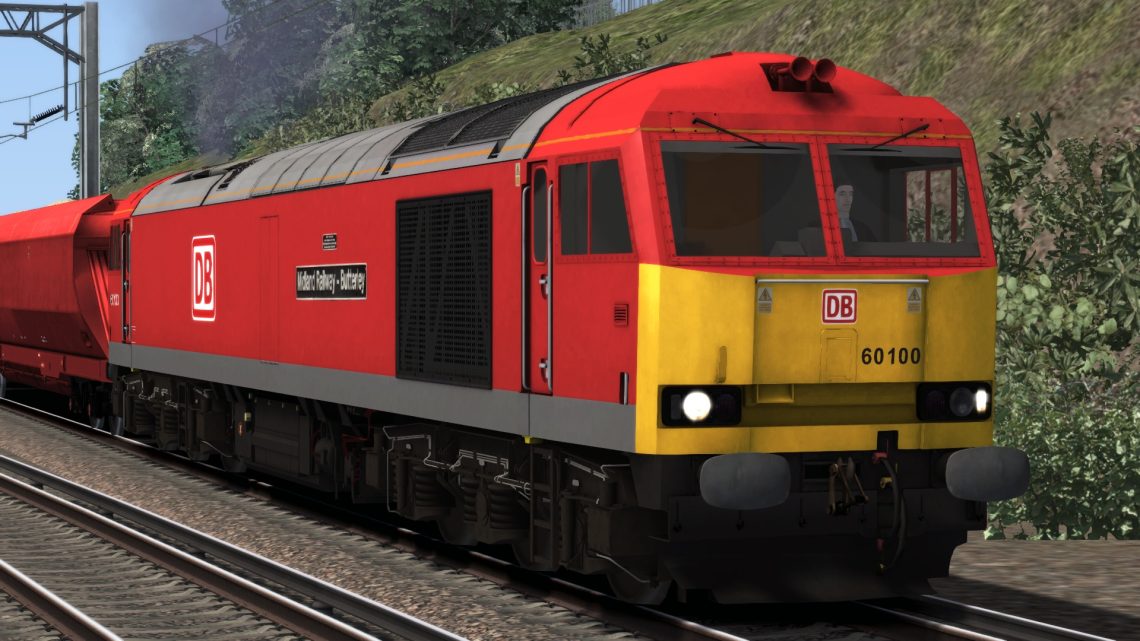 Hello and first of all. Thank you for downloading my DB Cargo Class 60 Locomotive Reskin Pack for Train Simulator 20xx. At the time this pack was made. It works and is fully working on Train Simulator 2021 with no issues. The aim of this pack is to add the DB Large Logo variants including the named examples to the pack and its made to work alongside with the BH Reskins Class 60 Mega Pack that was released in 2017 for the Just Trains Class 60 Advanced Pack and the now discontinued Armstrong Powerhouse Class 60 sound set is also required for this pack to work efficiently.

Extras:
I have included a scenario for the Liverpool to Manchester route with the Class 60 Reskin pack to get you started and additional payware items are required for the scenario to work effectively. Please note that I will be releasing an updated version of this scenario to use the ATS Class 185 in the AI later on.

Installation:
Please read the included readme as I have given you step by step instructions.

You are permitted to use this add-on in your streaming projects such as live streams and let’s play videos and you may monetise your videos that use this content from this pack. You may add this add-on to your own website provided that this readme is left intact and unchanged and that a link to my “Transport & Simulation Hub” YouTube channel is added to your website in return for hosting this add-on.

Credits:
Thanks and acknowledgment goes to BH Reskins for the original work on the livery colour from the BH Reskins Class 60 reskin pack that was originally released in 2017. Acknowledgement goes to Just Trains for the Class 60 Advanced Pack that is also used in this reskin project as a base pack that constitutes to this add-on being produced. DB Cargo is or are trademarks and/or are registered Trademarks of Deutsche Bahn AG and are acknowledged in the readme.

Thanks goes to all the Train Simulator community on the Facebook group “The Official Train Simulators” for their support and feedback on this project and Alan Thomson Sim for motivation and influence on making this pack and to add modern liveries to the Class 60 for modern day scenarios.