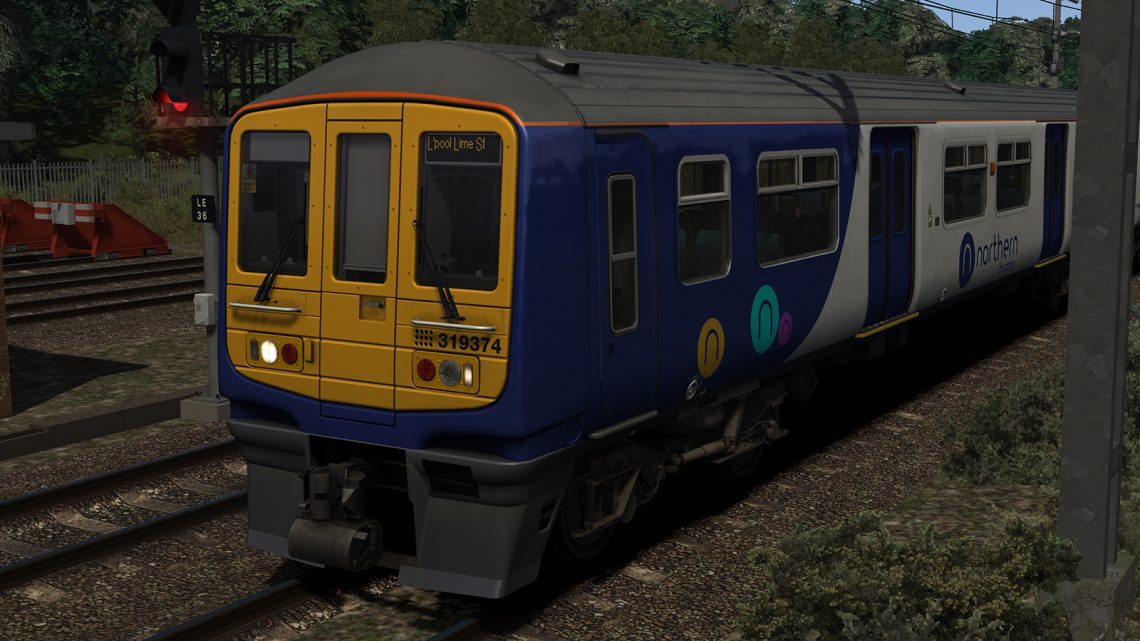 This is an update to my original destination patch for the London Midland, Northern, and Thameslink White (PRM) reskins, which are in the sensational Class 319 Volume 1 Pack by Armstrong Powerhouse.
The destinations are now using the TrainFX font, as per real life.

The TrainFX font is courtesy of Clowes, who spent hours, days and weeks perfecting the font, and as you will see, looks 100% realistic.

The original assignments for use in the scenario editor and in-game are still current, however,
within the Thameslink destinations, a few duplicates were noted, this is due to the presence of a
few “via” destinations on the roller blinds. They have been changed to display new destinations
which weren’t previously provided. These are denoted with a * prefix in the lists.

With the Northern destinations, during research for this pack, it was noted that there are quite an
array of destinations displayed for the same place. An example of this was for “Man’ Airport” and
“Airport (MAN)”. – Also “Liverpool Lime St” and “Lime Street”.
Therefore, I have included both variations where this has been noted, and you can choose which
one you would like to display yourself!
Internal textures for the TrainFX Display Selector have been updated also.

Although my content is freeware, thousands of hours have gone into the content that I produce, and your kind donations really give me that extra push to continue to produce even more content. It is entirely up to yourself if you wish to do so, but it will be much appreciated should you decide you would like to! – Or you could just buy me a beer!