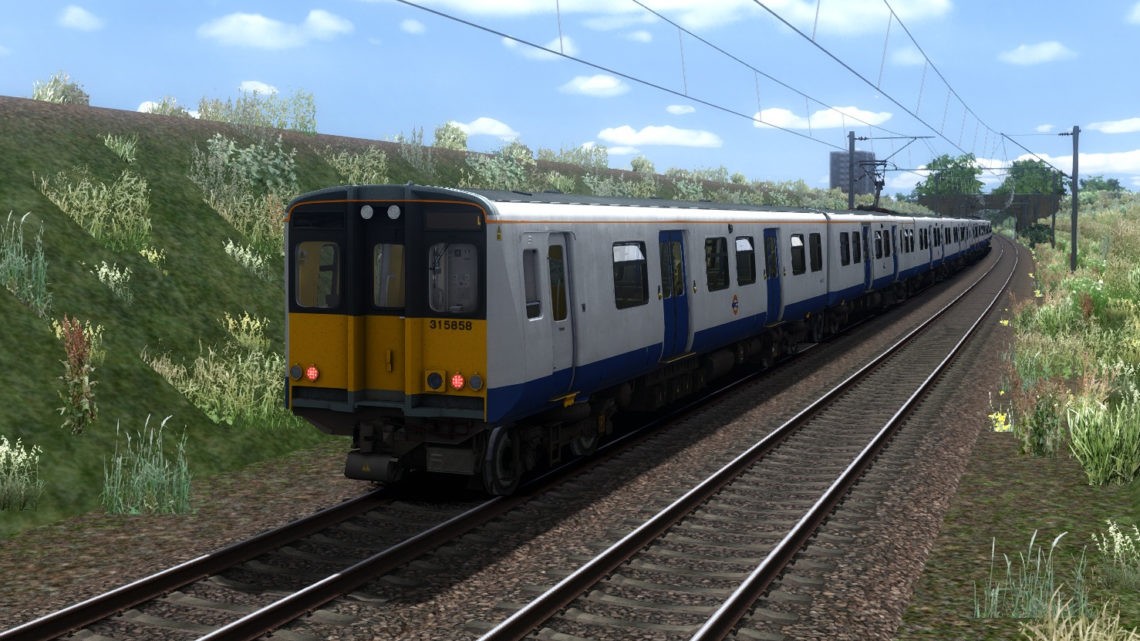 Due to London Overground’s 315 813 being involved in a nasty accident, resulting in some overhead lines being ripped down and one of the car’s chassis being twisted, the unit had to be withdrawn and ultimately scrapped earlier than expected. This left the Lea Valley Lines a unit down. In order to resolve this issue, 315 858 was drafted in from TfL Rail after being stored. She received an LO roundel placed over the top of her TfL Rail one, as well as appropriate interior route maps. However, the overall livery of the unit was never changed, as is the same with the interior. This reskin represents class 315 858 in her current state, one that will most likely remain for the rest of her working life! Also included are units 822, 825, 827, 831 and 836 as these have now received the same treatment (858 has now been scrapped).

P.S. A big thank you to GreaterAngliaFanClass321 for helping me organise some files which were playing up!