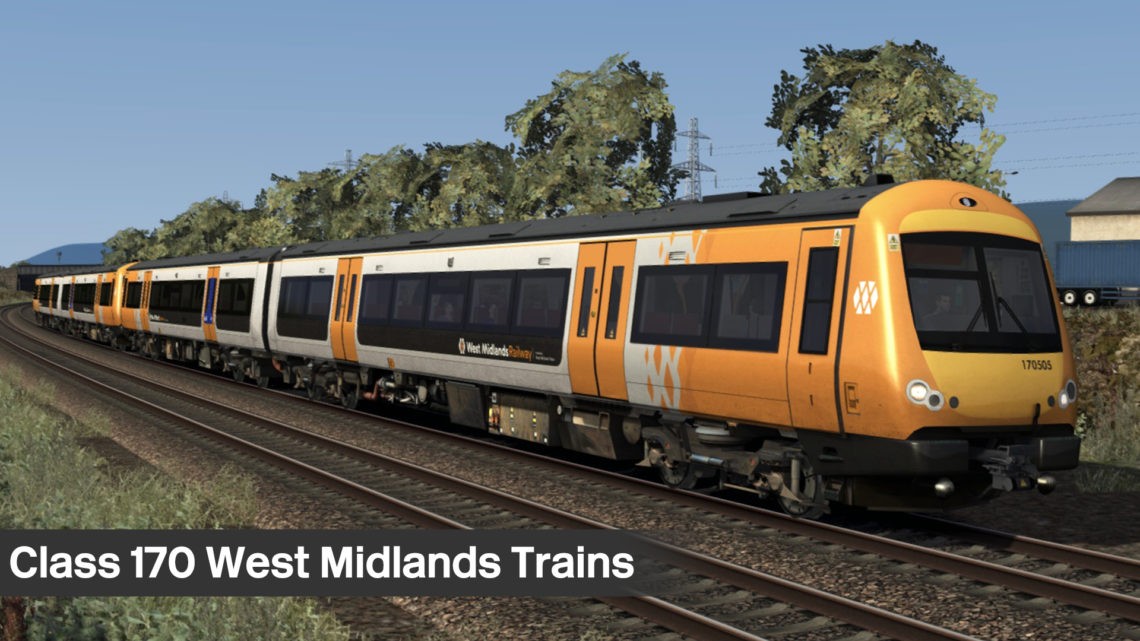 The franchise successor to London Midland, consortium ‘West Midlands Trains’ took to splitting the branding into two distinct identities. The Orange/Gold and Purple West Midlands Railway for more local based services, and London Northwestern Railway for services that generally serve London. The 170s received tweaks to the LM livery, the green strips being removed, and the front third a new golden diamond appearance.

What’s included?
An accurately reskinned 170 into the West Midlands Railway ‘transitional’ livery, and Ex-London Midland, with WMR logos.
PreLoads for both guises in 2 and 3 car formations.

Credit
Thank you to James Ivell for the door decals depicting the bicycle and wheelchair/buggy area.

Changelog
Fixed an issue with the Door Decal.