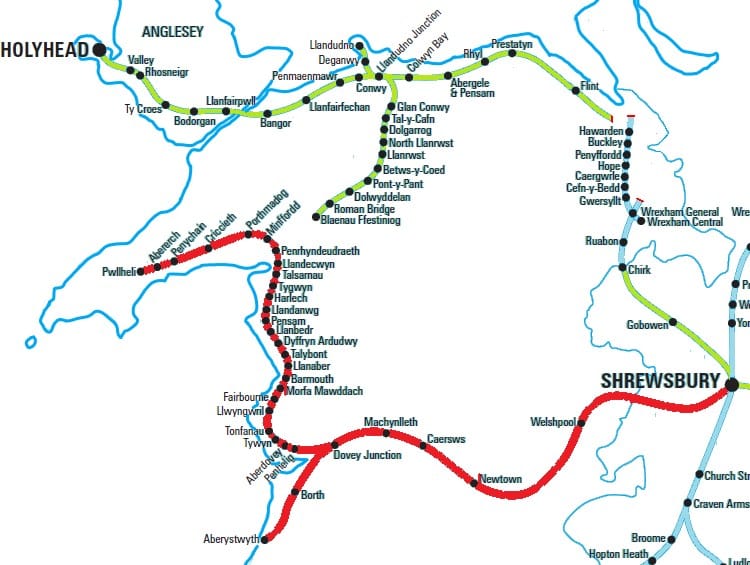 PLEASE NOTE THIS ROUTE WILL BE REMOVED END OF APRIL TO BE REDEVELOPED AND REPLACED WITH CAMBRIAN 1960s ROUTE v1 with reduced requirements to my best of my knowledge then by the end of this year hopefully will update this one. Cambrian line 2010 V2 Modern version

Credit: Matthew Powell
Some ideal scenarios for this could be double 97s on a railtour, or perhaps a run with a Class 158 to a Transport for Wales timetable, the variety is huge,

Created in train simulator 2021 Shrewsbury, the line heads west through northern Powys, serving the towns of Welshpool and Newtown. It then continues West calling at Caersws and then Machynlleth. At Dovey Junction, a short distance west of Machynlleth, the line splits into two branches: the southern branch goes to Aberystwyth, and the longer, northern branch continues to Pwllheli via the Cambrian Coast Line, crossing the River Mawddach by Barmouth Bridge. To run the route you will require the following payware and freeware addons.

Sorry for the amount of assets but this will enhance the route.

Check on RWtools if there are any freeware assets that i have missed.
All the other assets will be included in file DTG station signs and RBLR/lbw barmouth asset

Enclosed Manual and donation if you wish to donation for the route
Credit Matthew Powell
.