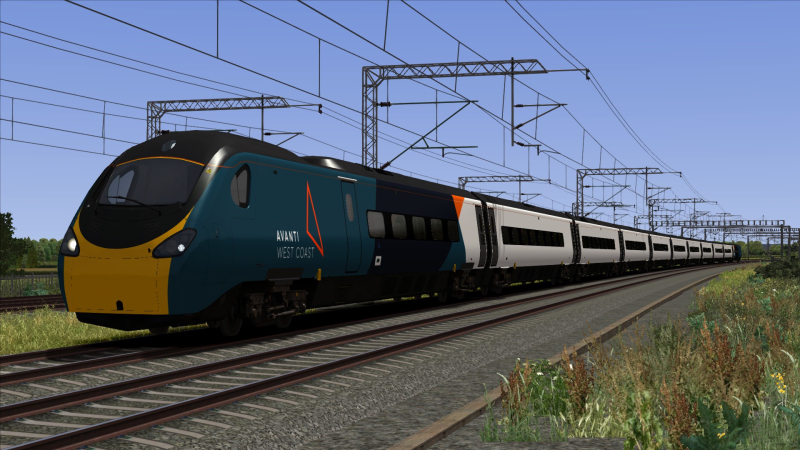 The Class 390 ‘Pendolino’ units were built in 2001-2005 by Alstom at Washwood Heath. Originally 53 units
were built, four additional units were constructed in 2010-2012 by Alstom at Savigliano in Italy.

This reskin requires the Class 390 EMU Add-On from Steam, available from:
http://store.steampowered.com/app/208343/