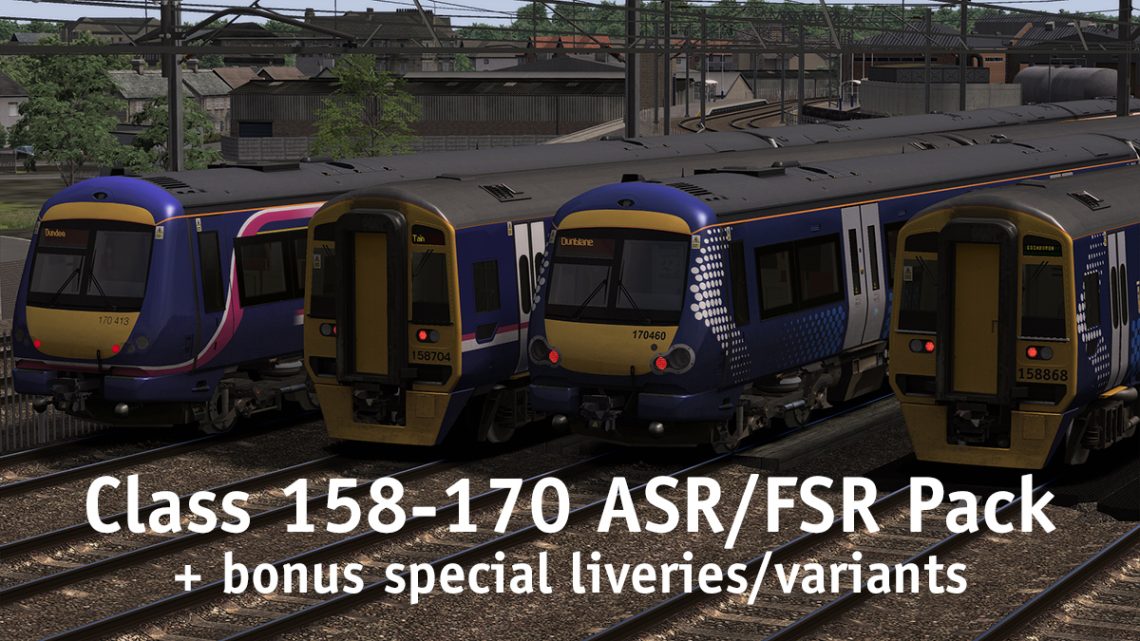 This pack is a replacement for the Class 170 Scotrail reskin pack, that was on VP, and is “no longer available”.
It contains updates and more variables, and also updates the Class 158 FSR/ASR liveries, and no longer requires the “Plawwie” patch from MJW, that seemed to create issues for some users previously.

A batch file is included for easy installation, and MUST be run in order for this pack to work.