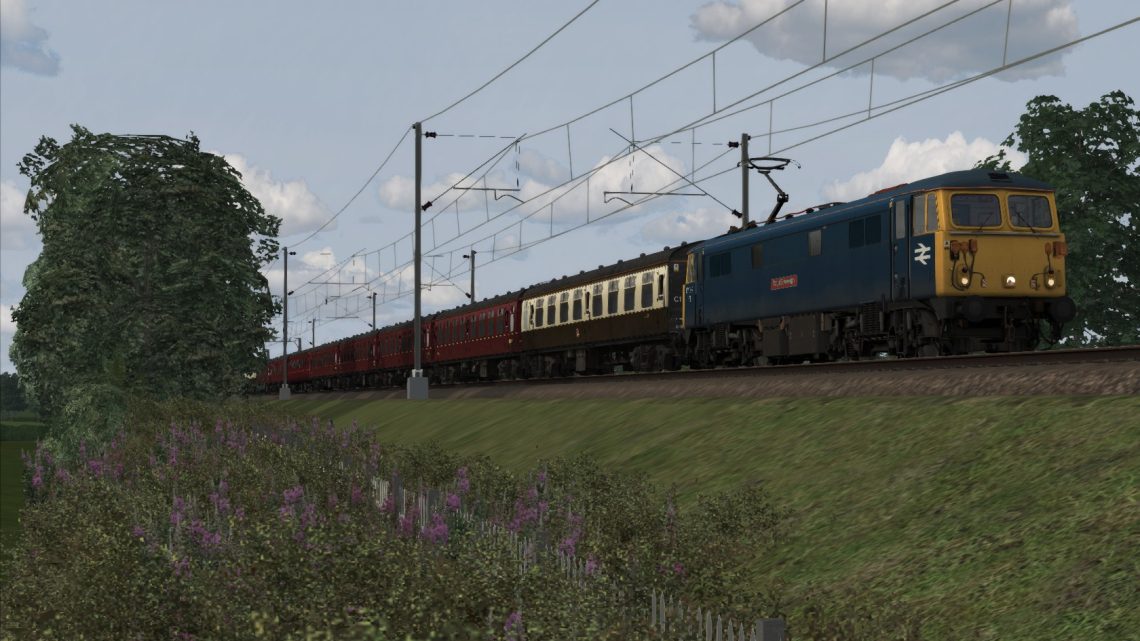 After coming off lease from Virgin Trains in 2006, 87002 spent 2007 with GBRF hauling the unreliable Class 325 units. But all Class 87 locomotives would have to be withdrawn from the mainline by the end of the year due to OTMR regulations coming into force. With not much of a future left for the tap changers, Porterbrook opened invites to purchase any of the locomotives for historic/preservation purposes. In 2008, The Electric Traction Limited (ETL) succsessfully purchased 87002 and work got underway to get her back to mainline certified.

11th July 2009, Spitfire Railtours (along with West Coast Railways) operated ‘The Electric Scot’ charter train with the newly returned to mainline 87002. The train operated from Birmingham International to Glasgow Central direct via the WCML. 47786 trailed the train north, was then used to haul a ‘mini tour’ section from Glasgow Central to Ayr, with the AC working back to the Scottish city. After a quick run around, the AC returned back to home turf towards Birmingham International.

In this scenario, you are in the drivers seat of the Class 87 from Birmingham New Street to Preston. You will pick up eager AC fans at Wolverhampton, Stafford, Crewe and Warrington Bank Quay before a non stop run to Preston (or atleast you’d hope….).

Please note, due to OOM dumps a Class 47 hasn’t been added to the rear of the consist so there is no locomotive on the back. To the best of my abilities I have tried to match the coaching stock used on the day however due to a lack of Mk2 kitchen car plus a Mk2 buffet in chocolate and cream, these have been subbed.