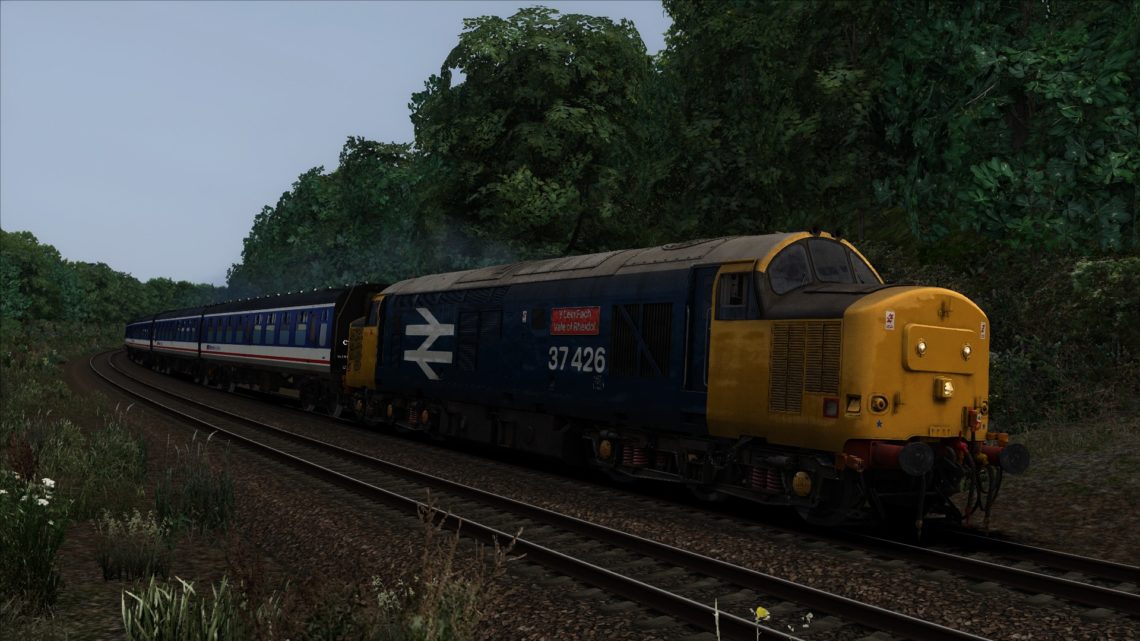 It’s the early May Bank Holiday Monday and additional trains are still supplied by BR. You are rostered to relieve an empty set of vacuum-braked coaches coming from Old Oak Common and take them to Swansea, then return as far as Bristol Parkway with a relief train to London. The inwards driver has called Control from Bristol Parkway to advise that his loco will be a failure at Cardiff due to a traction motor fault. You have been sent to Canton depot, where 37426 has been released off an exam. Once prepared, you will re-engine the train and head for Swansea. Year : 1990.
Although the workings are as per the working timetable, the involvement of 37426 is purely made up, but hopefully believable.