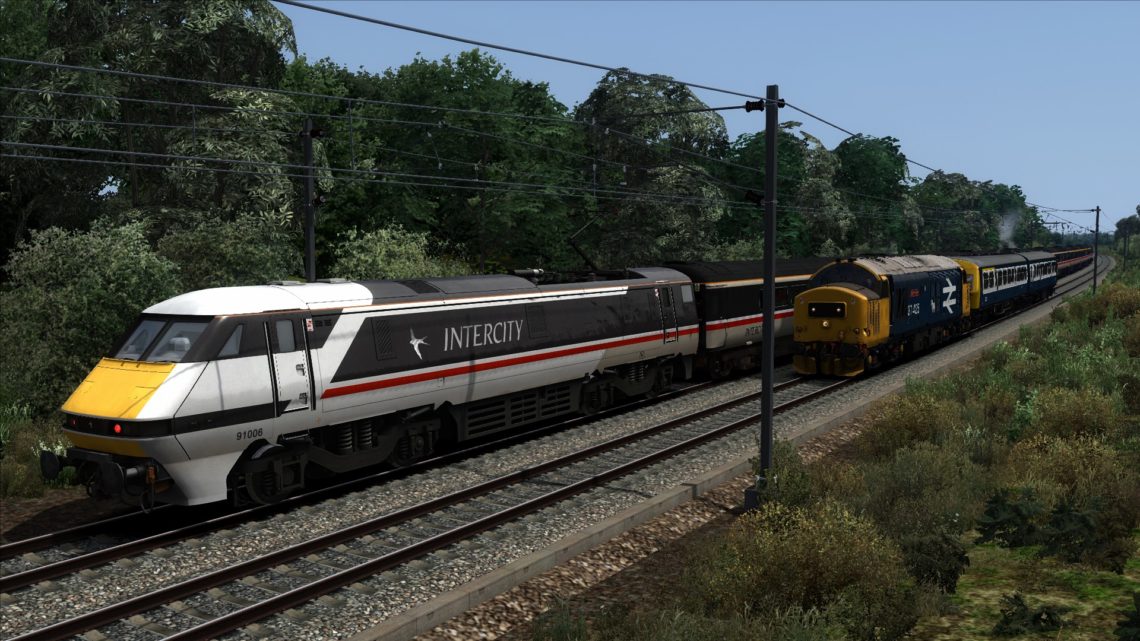 A scenario for the wonderful Leeds Lines route. Clearly there are some compromises as the layout and appearance of the route, particularly around Leeds, has changed since 1989. However, hopefully there is still the feel of the time when the wires had not long gone up and Leeds station was a lot darker than it is today.

On Friday 19th May, 37425 was called upon to haul an ailing class 101 unit forming an early afternoon service from Sheffield to Leeds. Join the run at Moorthorpe and work through to destination. This was quite a common occurrance at the time, as the Pacer fleet suffered with transmission problems and DMUs already retired were dragged back into service. Mainly class 31s and 47s were employed, how Eastfield’s 37425 ended up on one of these trains isn’t known. Year : 1989.