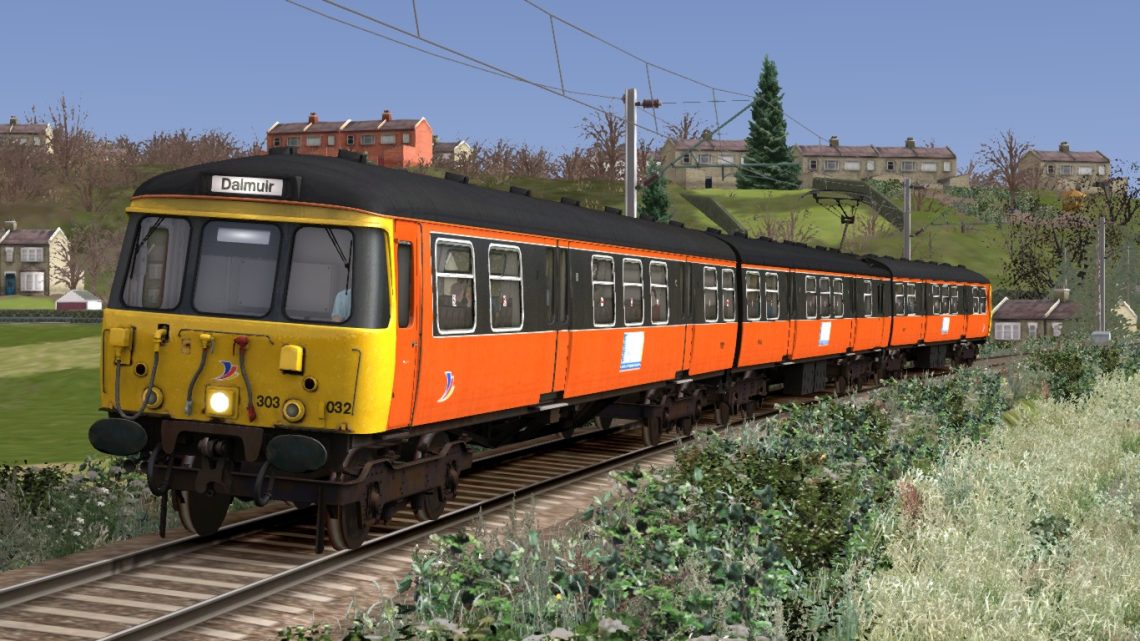 24th March 2022 3 By The Trainspotter from Tauranga

Using artistic license, I wanted to make a scenario with the preserved Class 303 running on the mainline again. As this is the result of that idea; a scenario on the Suburban Glasgow Northwest route.

It’s a beautiful Sunday morning, ideal for running the vintage EMU on her home turf again. Today you’ll drive 303032 (normally based at the Bo’ness & Kinneil Railway) on a stopping service from Milngavie to Balloch, including the lesser-used curve between Anniesland and Scotstounhill.

I know that the real 303032’s centre coach is from 303023 and painted in the SPT Carmine & Cream livery, but for the purposes of this scenario I wanted to have the whole unit in the same livery. And I think that if the real thing did return to the mainline, they’d have all three coaches repainted in a common livery.

Lastly, here are the DLC requirements:

**= I’m not sure if this pack is still available, since I thought it was discontinued.