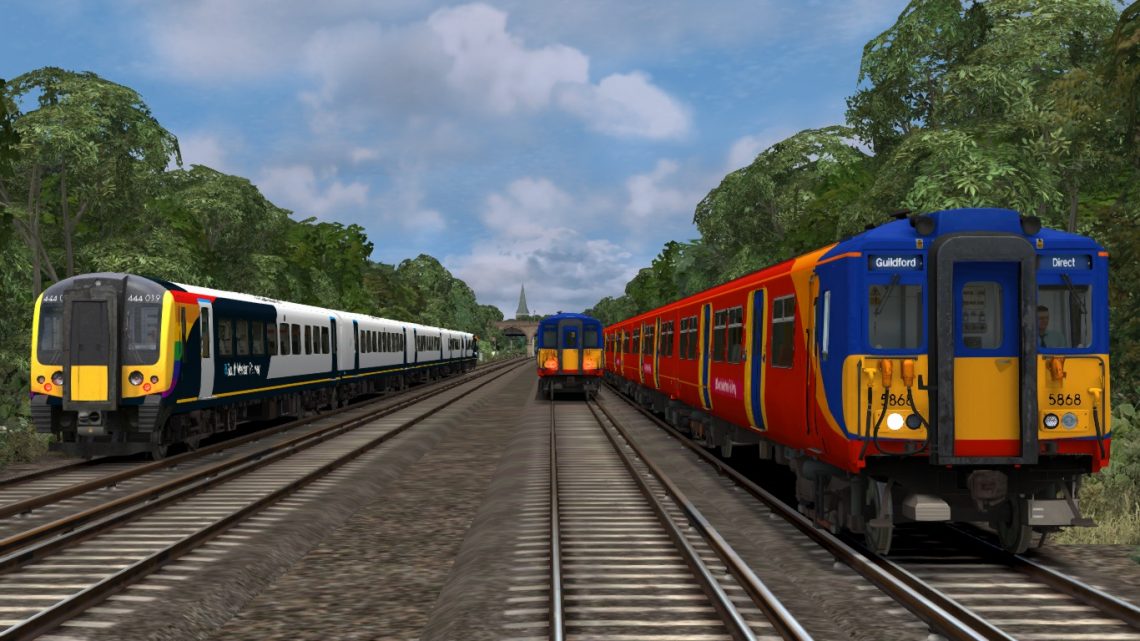 22nd August 2020 3 By The Trainspotter from Tauranga

Here’s a scenario for the Portsmouth Direct Line. Not the original from 2010 (obviously), but rather the more recent extended version that goes all the way to London.

On a cloudy Sunday afternoon, you’ll take charge of a South Western Railway service from London Waterloo to Guildford. This service runs via Surbiton, Weybridge and Woking instead of the usual Effingham Junction route, and it is formed of two Class 455/8 units.

Even though it’s a Sunday, the railway out of Waterloo is still fairly busy. As such, you’ll pass a sizeable number of trains on your journey. Despite the busy line, you’ll have a clear run all the way to Guildford.

You will call at the following stations on the way to Guildford:

The DLC and 3rd-party requirements for this scenario are as follows:

*The SWR branding packs for the 455 and 456 don’t appear to be available anymore. I think I downloaded them from TrainSimDesigns when that website was still live*.