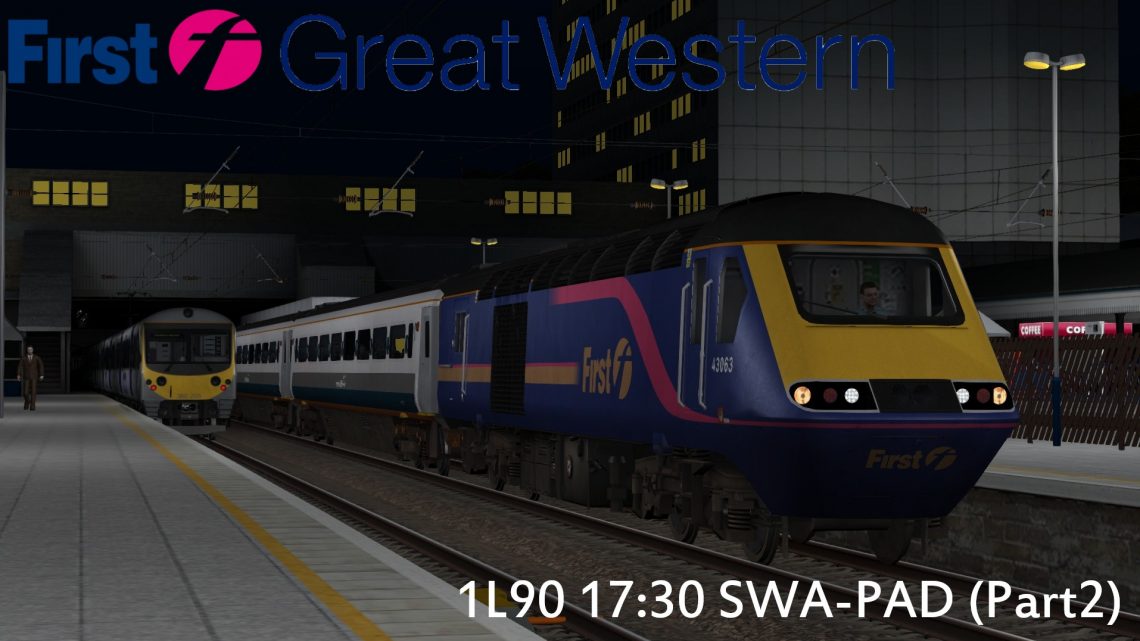 (V1.1-Removal of certain AI that caused issues during certain sessions. An updated requirement list has also be included)

Its Wednesday the 5th of September 2007 and this afternoon you’re in charge of 1L90 the 17:30 departure from Swansea to London Paddington. You’ll be driving 43063 on one of its last journeys with a Valenta as in 4 days’ time it will be taken to Loughborough to be refurbished. In tow is set LA79, an ex-MML set that FGW inherited to cover the sets that have been lost due to the refurbishment program. Finally, on the rear supplying some reliability is 43177 which has been running with its MTU since March. Will be an easy run just after the evening peak in South Wales and traffic will be light. In Part 2 you’ll be continuing from Bristol Parkway to London.
Part 2 Duration 90 Minutes.
Part 2 Requirements:
DTG:
*European Loco & Asset Pack*
Class 66 EWS v2.0
Class 66 Freightliner v2.0
Great Eastern Mainline: London-Ipswich
South Western Mainline: Southampton-Bournemouth

The DLC marked with asterisks (*) are required for the correct functionality of the scenario, while others are non-influential AI.