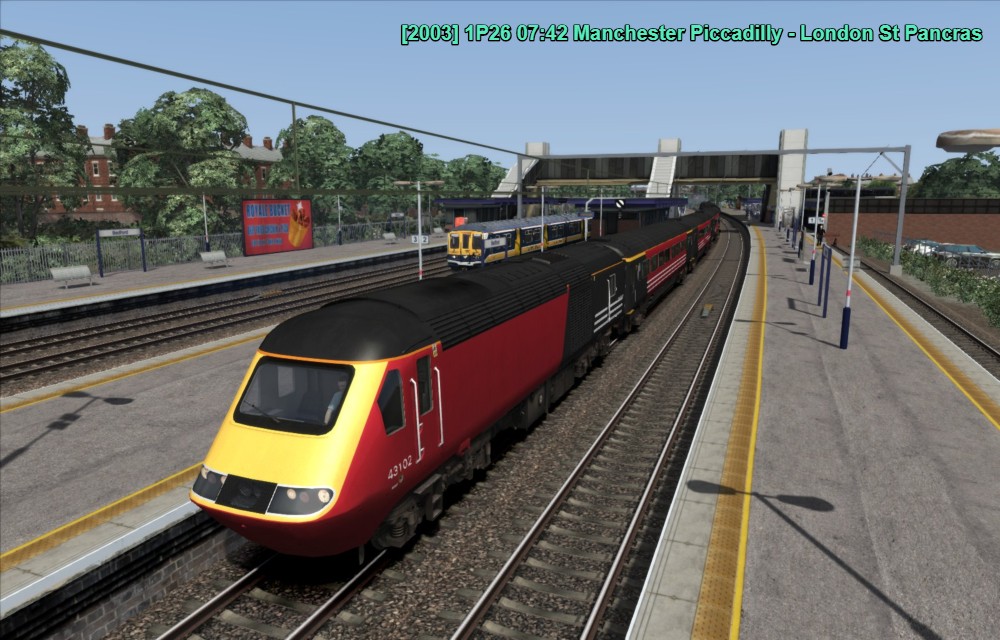 Take a HST on a ride between Bedford and St Pancras during the days of ‘Project Rio’ which saw Midland Mainline trains running between London St Pancras and Manchester Piccadilly due to upgrades on the West Coast Main Line. In this scenario, you will be driving a mixture of ex-Virgin and Midland Mainline HST stock on the final leg between Bedford and London. The morning rush is over so traffic has considerably reduced compared to an hour or so earlier however as always keep your eyes peeled for signals and speed limits.

The timetable used is based on the present one however modifications to the timetable has been made for this scenario to reflect the early 2000s (e.g. no Corby trains, Thameslink trains to and from Moorgate) so traffic should hopefully be not too far-fetched! Your train is based on 125 mph 222 timings however it is possible to reach stations on time without harsh acceleration and braking, just don’t drive too leisurely!

In-game note:
You might get a red signal at Bedford South Junction, just tab after you have left the station and you should be able to proceed to cross to the fast lines at speed.