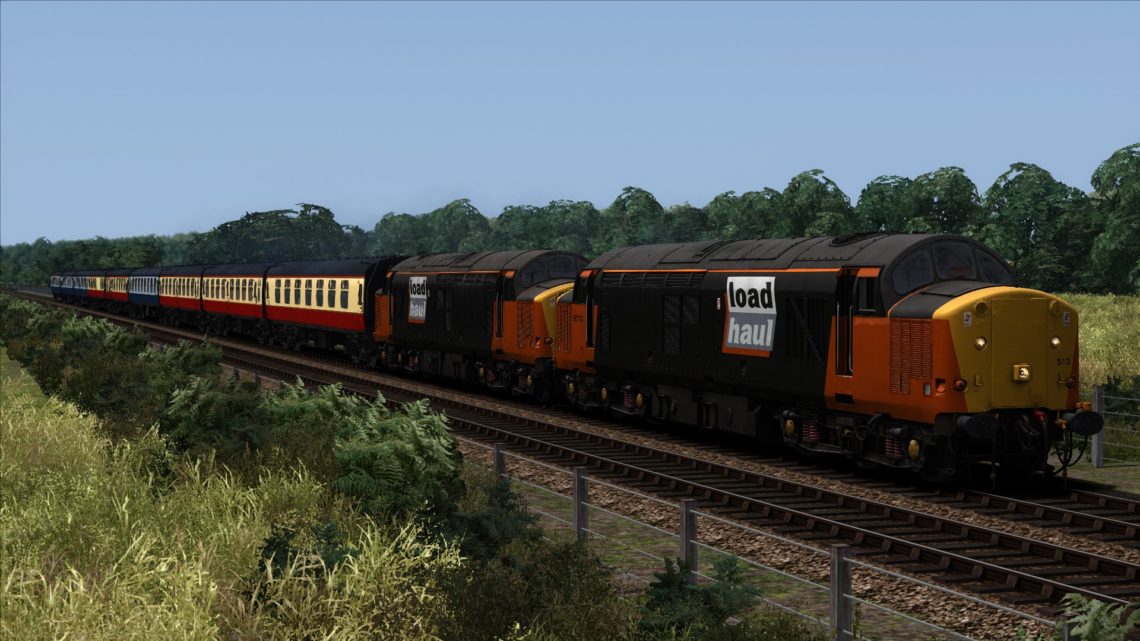 On Saturday 21st August, you are in charge of the Loadhaul-liveried pairing of 37513 and 37713, hauling the Norwich to Lowestoft leg of A1A Charters’ ‘A Farewell II Arms’ railtour, marking the impending end of class 31 operation by EWS. Year : 1999.