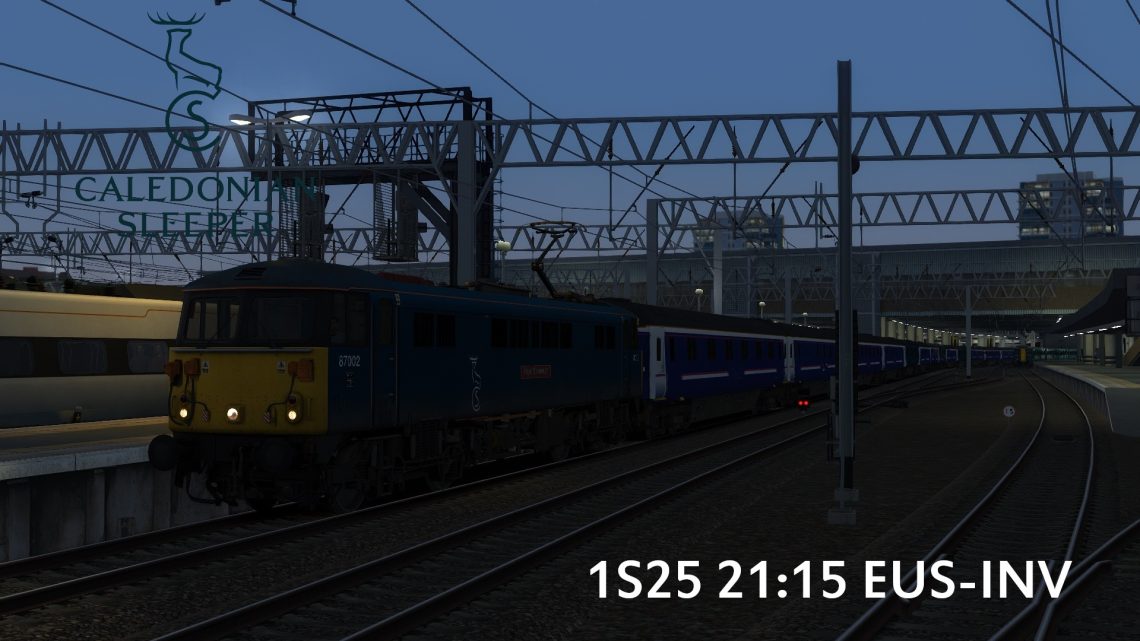 It’s March 2019 and the MK3’s only have a few months left operating the Highland sleeper before the new CAF MK5s enter service. The new stock also spells the end for the class 67, 86, 87, and & 90s on these services as they aren’t fitted with Dellner couplers. Tonight, you’ll be taking 1S25 the 21:15 service as far as Rugby where your relief takes over. In tow are the portions for Fort William, Inverness, and Aberdeen, and after 92032 failed at Willesden earlier today 87002 heads the service. It’s a quiet night in London and as you’re timed at 80mph delays aren’t expected.