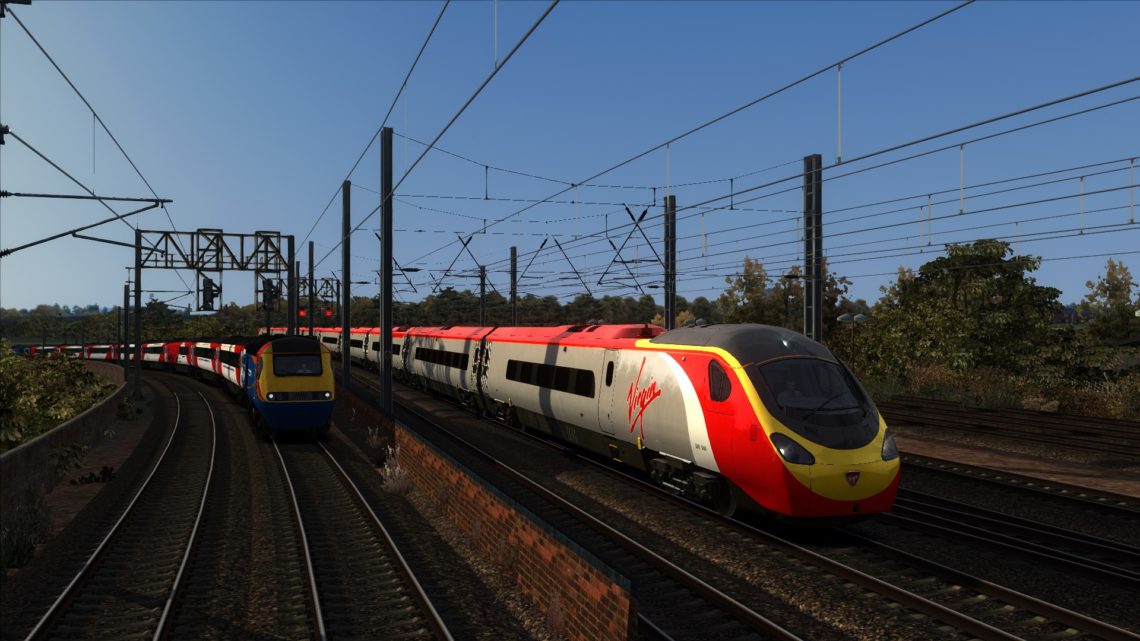 East goes west in this scenario for the WCML North West and Scotland route merge by XCRoute.
It’s the last Saturday of September, and the ECML north of Newcastle is closed, so the NL65 HST set has been used to operate an out-and-back diagram from Doncaster to Aberdeen and return, running via the Tyne Valley and Beattock. In part 1, drive this service between Carlisle and Edinburgh. Year : 2018.
Part two covers the Edinburgh – Dundee section on the JT Scottish ECML route.