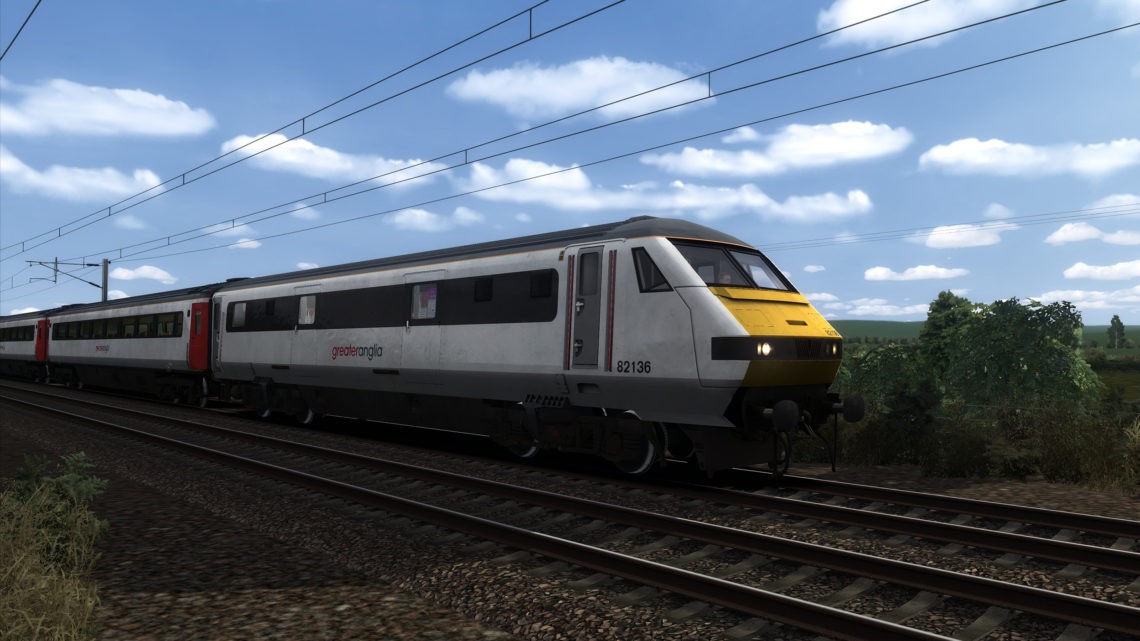 You are in charge of DVT 82136 powered by 90001 ‘Crown Point’ on a Greater Anglia service from London Liverpool Street to Norwich. You will be calling at Colchester, Ipswich, Stowmarket, Diss and Norwich. The scenario is set in the late summer of 2017, however it follows the real timetables of the current respective TOCs for 30 September 2019. Extensive research has been done to ensure that all units and locomotives have the correct livery for the date of the scenario, however the two Class 37s running in multiple do not have the correct numbers for this specific service, however their features have been altered to match the locomotives they represent. Links to the requirements are included in the readme file.