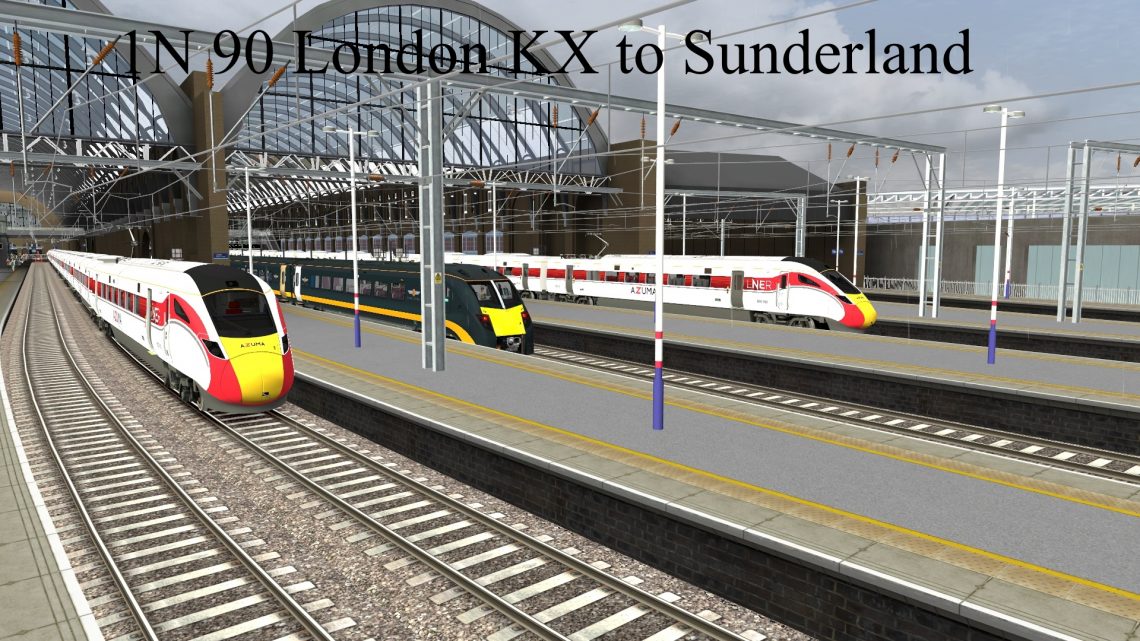 So what is a couplet scenario package?
The best way to define it is to think of a scenario as telling the story of a journey from A to B….In this instance it is London Kings Cross to Sunderland. There is not a merge yet for the entire route, so you would have to write the story in two or more parts/stages.
This is what I have tried to do with these scenarios, couple them together with the two routes to make the journey. You can read the story behind the scenarios in the pdf file,
To get the most out of these scenarios you will require:
The DP simulations, North East England route and its dependencies.

AT simulations:
The East Coast Mainline Merge and all of the dependencies.
The Class 801/801 …..AT LNER reskin
The Class 180……. AT Grand Central reskin
The Superalbs class 700/701…. AT Great Northern reskin
The Gold Star trains DR73106 Ballast tamper

This scenario pack can be installed using the Railworks utility.