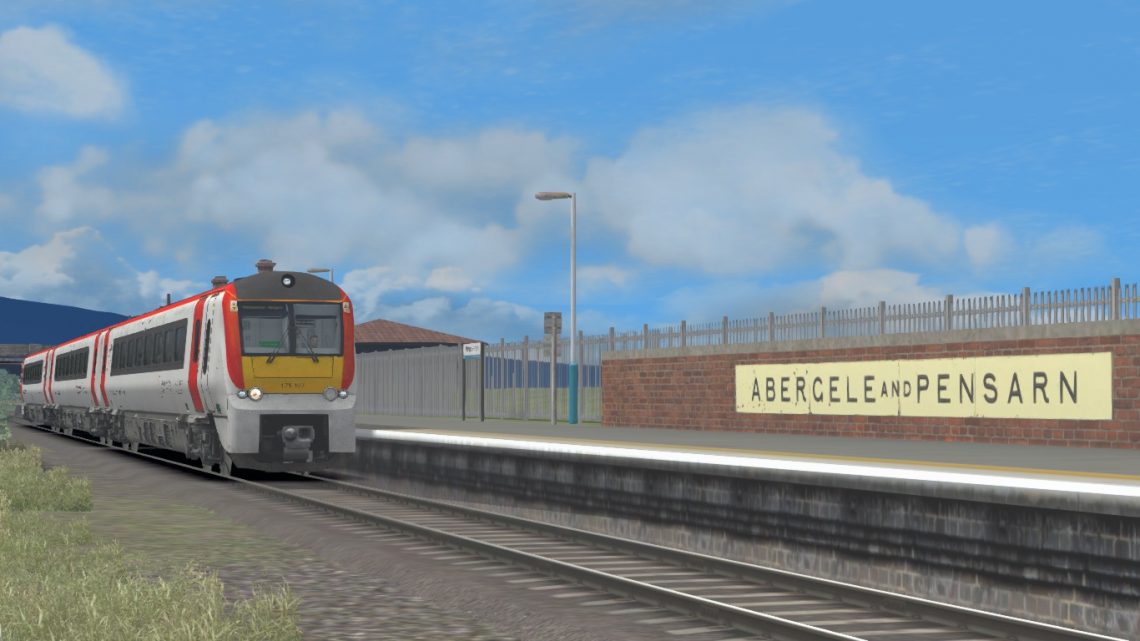 3rd September 2021 2 By The Trainspotter from Tauranga

Hello. This is a standard-mode scenario for the North Wales Coastal – Bristol to Swansea route. It uses the timetable from August 31st, 2021, sourced from RealTimeTrains.

In this scenario, you will drive a Transport for Wales Class 175 Coradia from Llandudno to Chester (a distance of 47.7 miles), stopping at the following stations on the way – Deganwy, Llandudno Junction, Colwyn Bay, Abergele & Pensarn, Rhyl, Prestatyn, Flint, Shotton Low Level and Chester.

All units numbers are accurate for the specific services that they ran on August 31st, again, with information sourced from RealTime Trains. Examples being 175107 on 1H87 (the player’s train), 175004 on 1D34 and 221118 + 221112 on 1D83. In regards to the Voyagers, I didn’t have any proper Avanti re-skins installed when I made this scenario, so I used Clowes’ de-branded Virgin re-skin instead.

This scenario requires the following DLC, enhancements and re-skins:

Very soon, I will be uploading a video to my YouTube channel of me playing through this scenario.